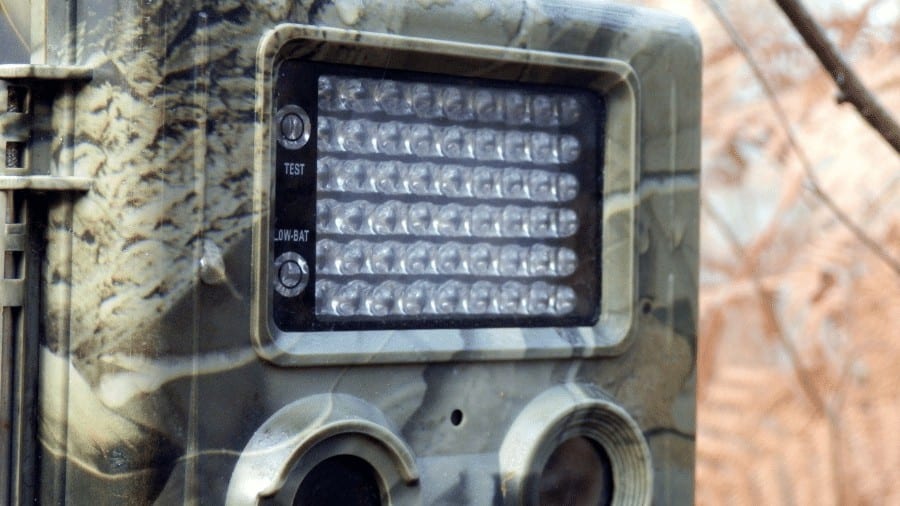 The words Game and Trail are used interchangeably to describe cameras that operate remotely and can take pictures or record videos of targets when their motion sensors detect movement. They can be used for home security or animal (game) tracking. Just in case you are curious about finding out if there’s a difference between them, we will answer your question thus:

Game and Trail Cameras are basically the same. However, the only difference they might have is purely descriptive as it relates to their particular features and functions. It also lies in what a particular user is using the device for.

There are many brands and designs of these cameras in stores worldwide and in the rest of this article, we will provide you with valuable and interesting information about them. So, be our guest!

The trail camera which is also called the “remote camera” is a camera always mounted by a photographer in remote vantage areas. The essence of using the trail camera is because it automatically snaps the shutter when anything is detected by it, so most photographers use it in areas where they cannot be to take pictures. Examples of those areas are; areas with restricted access, a tight corner, areas where people are prohibited from entering.

Key features/characteristics of the trail camera

Other Functions of the Trail Camera Include:

The trail camera is used for scheduling: This is an official term for setting on-off periods which is an important way of saving power by cutting down unwanted pictures and videos that reduce prompt alertness and battery power. When using a trail camera for surveillance purposes, it may be essential to get it to work on schedule and so avoid unnecessary pictures and false alarms. Most trail cameras available in the market use just one general setting for scheduling.

The trail camera is also used for security purposes: Trail cameras can be quite expensive and therefore should be handled with care and also be hidden to prevent it from getting stolen. The trail camera gives you accurate details of any hideous movement like in theft activity. The security purpose of surveillance is to detect at the sight of any face in any arena that is prone to threats and other misgivings. The camera is needed to be sharp as to monitor and register every pace of movement, appreciation of less conspicuous details like plate numbers in the garage, and face recognition.

The trail camera functions as a timer: When set accordingly, the trail camera can time events and take shots of those events at intervals. This allows you to put your camera on a split time hunt and cater for unnecessary coverage when your view is in an expected cascade of events that are attention-grabbing.

The game cameras are high-quality cameras just like the trail cameras that are invented solely for the purpose of tracking and hunting wild creatures in their natural habitat with fewer disturbances from external forces. Both the trail and game camera are similar cameras with different names and slightly different purposes.

Other Functions of the Game Camera Include:

The game or wildlife camera can help in management tasks: Management tasks here include surveying (landscape and animal). Game cameras can be your eye around your garden, farm, and hunting environment.

Another great function of the game camera is time-lapse: Just like the trail camera, the time-lapse in the game camera allows you to set the camera to automatically take pictures at intervals. Not just taking pictures at intervals, it also provides you with accurate information about the movement of animals on your farm or anywhere it is mounted on. It is important you note that time lapse will not interfere with the normal camera function, the pictures will be taken at intervals (depending on how you set it) and this will not hinder the normal surveillance.

Like we said earlier, the only difference that exists between them is in their particular use at a given time. So, depending on the particular use, we can compare/differentiate them as follows:

There is a distinctive difference between the day and night shots using any camera. The quality of every picture can be more or less depending upon the functionality and features of the camera. Incandescent or LED mounted cameras do take clearer and colored pictures in the night in contrast to the infrared mounted cameras.

But when compared to the day pictures taken by an IR or incandescent camera, the clarity is far less, plus the colors are a bit blunt. The infrared cameras support only monochromatic snaps in the night and that can be somewhat blurry occasionally. Game cameras are particularly used for animal tracking and their picture quality on the nighttime operation is one of the major considerations for buying them.

Now to the respective query on the range of the cameras. The range of both cameras is essentially the area through which the target must pass or send a signal in order to activate the camera trigger. The motion sensors do not only see, “they feel” too. So, it does not matter whether it is a sunny day or a dark night, the range remains the same. The camera will pull the trigger whenever the sensor detects a stimulus. However, as far as the quality of the picture is concerned, for the ample range camera, the farther the target within the range, the lower is the quality of the picture that it takes. Even if the target is extraordinarily close, the quality of snap will be impaired but this is bound to happen in all cameras, the range notwithstanding.

Game cameras are expected to have higher range coverage since they are basically used for external/outdoor environments.