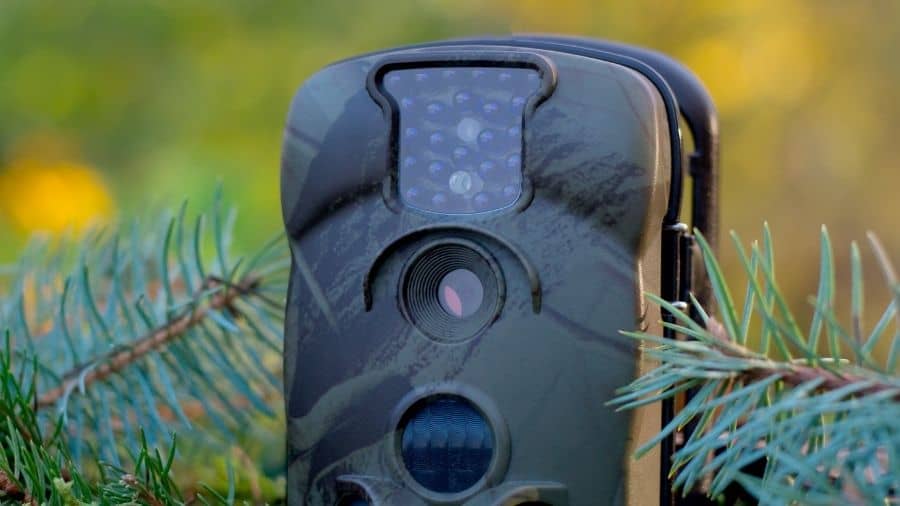 It’s important to check your trail cameras regularly to get the most out of them. There isn’t a definitive answer as to how often you should check them, as this will vary depending on the specific situation. However, a good rule of thumb is to check them at least once a day.

To begin with, this will provide you with a chance to ensure that your camera is set up correctly and that it’s working properly. It will also allow you to clear out dead batteries or memory cards and replace them if necessary. If you go any longer than a day without checking your trail cameras, it could mean missing out on important information about your hunting grounds.

When you should check your trail cameras?

Trail cameras are a great way to get pictures of wildlife, but how often should you check them?

Some people recommend checking your trail cameras every day, while others say that once a week is aplenty. I tend to fall somewhere in the middle, checking mine every other day. The main thing to keep in mind is that you don’t want to miss any good shots by checking too often or too infrequently.

Also, keep in mind that your location and the types of animals you are photographing will impact how often you check your cameras.

For example, if you’re hunting deer around a house or farm, it probably makes sense to check the camera more often than if you’re deep into the woods on a remote mountain top.

The other main consideration is whether or not there are fast-moving creatures in the area that could potentially eat up all the memory card space very quickly. This would be especially important to keep in mind when checking cameras while trying to take pictures of predators like bobcats, coyotes, mountain lions, etc…

Remember that many hunters use their trail cameras for security purposes well so having them run out of memory card space can mean missing pictures of people or animals that may try to steal your gear.

With all this in mind, here’s my recommendation for checking trail camera photos:

Once every other day is probably the best option so you don’t miss anything, but also save time and money by not checking them too often.

It’s important to note that many cameras have a feature called “Motion Delay” which turns off the motion sensor when something triggers it. This allows the hunters to get more than just one shot before having to check their cameras.

This helps reduce battery life and lets you adjust the “Motion Delay,” anywhere from 1-30 seconds after a trigger.

A good starting point is to set the “Motion Delay” for 5-10 seconds, exiting the field of view after that time has passed.

If you set it too long, some animals will run away while you’re still trying to open up your camera and get it turned on! Setting it too short can potentially result in missing pictures if your quarry moves quickly or at night.

I would also recommend using Lithium batteries because they are expensive but last much longer than traditional alkaline batteries which typically die out in 4 To 6 months. I have found that the Energizer Ultimate Lithiums are amazing.

They last about three times longer than regular lithiums and they’re made for high-performance trail cameras so you don’t have to worry about them draining your batteries!

Checking trail cameras regularly can help save you time and money by not having to miss out on good shots. With the right equipment, setting, and expectations for checking trail cameras you should be able to get all of the great photos that nature has to offer, without breaking the bank.

How often to replace batteries and memory cards?

If you have a digital game cam, then it will need to be replaced every year or two as long as it’s been used for at least 8 hours each day since its last battery change. If your camera has been used less than 8 hours per day, then the battery life may extend beyond 2 years before needing replacement.

Memory cards can also wear out over time and lose their ability to store data properly, so they’ll need to be replaced once every few months if that’s the case with your system. You’ll know when these parts need replacing as your camera will begin to exhibit certain symptoms or behaviors.

If you have a film game cam, then you’ll need to load new batteries and film cartridges into it once per season, which is about every six weeks for most hunters.

If you don’t know how often to replace the batteries and film, then it would be best to check your owner’s manual or contact the manufacturer directly for this information.

What to do if your camera is not working properly?

If your game camera is not working properly, then there are a few things you can do to try and fix the issue.

First, make sure that the batteries are fresh and inserted correctly. If they are new, but still not powering the camera up, then there may be something wrong with the camera itself and it will need to be serviced or replaced.

If you have a digital game cam, you can also check to see if the memory card needs replacing. The card may simply need formatting if it has been used before, but if it’s not taking pictures even after being formatted, then it’s likely time for a new card.

If you have a film game cam, then you should try loading in new batteries and film cartridges, even if they have been used in the past.

If you have a digital game cam that has never had a memory card in it before or you’ve just checked and your batteries are working fine, then the problem could be with your SD card reader/writer. The easiest way to test this is to take a different SD card from another camera and see if it works when you plug it into your computer or SD card reader.

If it does work, then the issue is with your own camera’s reader/write device – this can happen due to wear-and-tear after years of use. In rare instances, defective readers can also cause problems for cameras that have never had an SD card inserted before.

Why it’s important to check them every day?

Trail cameras are a great way to get an idea of the wildlife in your area.

By checking them every day, you can make sure that you’re not missing any important footage. You may also be able to catch animals in the act, which can give you valuable information about their behavior.

If you leave the cameras out for multiple days, you will need to bring fresh batteries every time you check them. If the camera is still on, it may drain the battery if there is no motion or even an object in front of it.

If you’re using a trail camera to capture photos or videos of wildlife, it’s important to check it regularly to ensure that you’re getting the most out of your investment. Here are four things that can go wrong if you don’t check your trail camera often enough:

If you’re using a trail camera that runs on battery power, then you need to check the batteries frequently to ensure they don’t run out of juice. Batteries can last anywhere from one month up to six months depending on the type and brand that you use.

However, if you fail to check your batteries regularly, then you might end up with either no or insufficient power for your next outing, which could affect the quality of the images that are captured. If anything, just bring extra batteries on your outings so that you never have to worry about running out of energy when it matters most – like capturing photos of fast creatures like wildcats or deer!

Your primary objective is to capture images of wildlife, so if the camera isn’t being used regularly to take photos or videos, then you might not have anything to look at or show for. This means that all that time, effort, and money that you invested in buying your trail cameras will go down the drain because it’s no longer functional.

Trail cameras are delicate pieces of equipment – much like any other electrical device out there – which means they’re prone to damage when not checked on regularly. The memory card can get corrupted (unless you always download your pictures/videos), the equipment itself might start malfunctioning due to exposure to harsh weather conditions (heat, rain, etc.) and animals might even knock them off their locations if they’re not fixed firmly.

One of the worst effects that can happen when you don’t check your trail cameras regularly is capturing the wrong kind of images. For example, what if you were trying to capture photos or videos of tigers and ended up with a lot of footage of deer instead?

This could either mean you might have to get more camera traps so that your problem gets solved – but this would cost more money than necessary – or you’ll just have to accept getting fewer quality photos/videos than expected after all the effort and time you put in.

This is why regular maintenance and checking on your trail cameras is important: await any unforeseen issues and ensure that they’re still functional and ready for action!