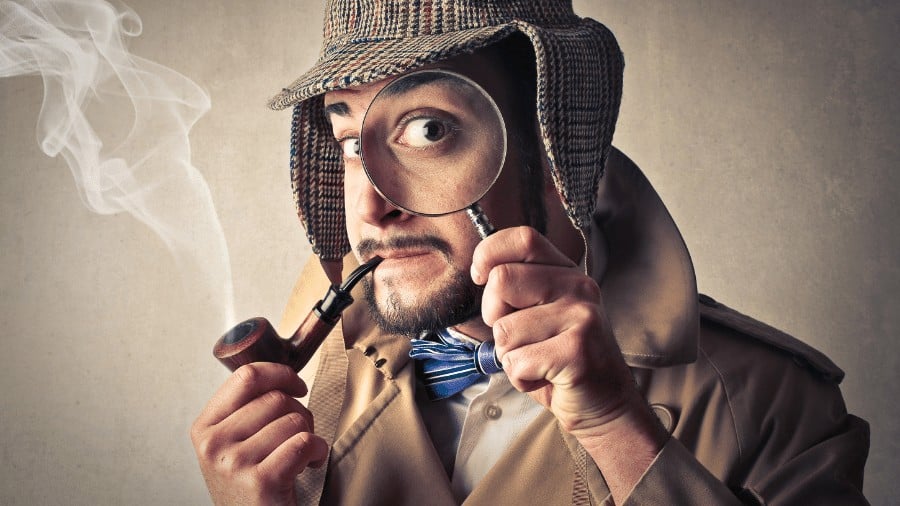 Trail Cameras operate discretely and are triggered to capture images and videos once their motion sensor detects motion. They are becoming quite popular for both home security and game watching/hunting. If you suspect that you are being watched through a trail camera or perhaps you are just looking for where you placed your trail camera, is there any way you can detect it?

You can detect it either by carefully observing likely places where they can be hidden, through your phone camera, by scanning Wi-Fi networks, or through a mobile app.

Remember that the principle behind the use of trail cameras lies in their concealment so it might not be that easy for you to detect them. Our aim in writing this article is to give you valuable information on what you can do. So, read on!

How do you detect trail cameras?

Trail cameras come in different varieties with different specifications and functionalities. However, modern trail cameras use motion sensors to record videos and capture images of moving humans and animals in the area under surveillance. Most trail cameras are specially designed in a way that it would be difficult to detect them including by the owners who set them up. This is not to say that they cannot be detected; with a solid understanding of their configuration, and keen eye, you can definitely detect them.

Our helpful tidbits include:

Spotters usually place the trail cameras on shells, old tree stumps and also vines and any other areas where animals will not approach directly. Trail cameras usually have camouflage which is very effective against animals but less effective for humans because the human eye can recognize more shades of green than any other animal. It means that if you look closely at an area where you suspect the camera should you will be able to spot it

Another part of the camera that is usually quite easy to spot is the lens. The lens is the part of the camera that focuses on the target and enables the motion sensors to trigger the shutter when motion is detected. It provides the line of sight and thus will not be blocked or covered. When scanning for trees and branches, look out for round/circular optics. If you are lucky, some will reflect light so you can spot them. The lens can generally be easily spotted during the day.

Can a cell phone detect a hidden camera?

The simple answer to this is yes. There are a number of ways you can use your smartphone to detect a hidden camera. These ways include:

The first method is using the camera on your phone. Some hidden cameras emit Infrared Radiation light, which isn’t visible to the human eye. However, the camera lens of your phone can pick up the light if you hold it close enough. Basically, you need to turn off all the lights in the room you are suspecting, then open your phone camera app and point your camera at places where you suspect a hidden camera might be. If you see a bright whitish light though your camera’s display, then it may be a hidden camera.

However, not all cameras are capable of detecting infrared lights. To confirm which camera is best, while pressing a button on your remote control, point it to in the camera you want to test; either the primary or the front-facing camera. If you see a light from the remote on the screen of your phone it means it should be able to detect it.

These days, some cameras are so small that they can be installed just about anywhere. However, if the camera is streaming a live video, it may pop up on your list of available Wi-Fi networks. You can try refreshing your Wi-Fi network list as you walk around the environment or room while looking for any strange-looking connections or devices. However, this may be an inefficient and cumbersome method because your phone would most likely pick up some legitimate wireless devices. You can look out for specific brand names or keywords like cam and camera. Remember that this method is not foolproof.

Is there an app to detect hidden cameras?

Yes, there are a number of apps on the market that claim to be able to detect hidden cameras through your smartphone. One thing to note about apps generally is that they are constantly evolving. Newer and newer solutions are being designed and each one tries to go a step ahead of the others in terms of ease of installation, user-friendly interface and good functionality. Apart from that, already installed ones also need to be updated from time to time.

There is the Hidden Camera Detector App for iPhone which costs $4.99 and the Glint Finder which is a free app for Android users. The Glint Finder works with your phone’s magnetometer sensor and your camera. Most hidden cameras emit small levels of electromagnetic waves that this app can detect. To use the Glint Finder App, you first have to download it from the Google Play store. After you have installed it and have granted the respective permissions for the app to function, tap magnetometer scanning. You can move your device around to suspected areas to detect hidden cameras. Additionally, from the app’s main screen, you can tap ‘Detect Infrared Scanning’. After you have tapped it, carefully move your phone’s camera around suspected areas are objects.

While these two apps have interesting and mixed reviews on their respective App stores, the problem with being able to detect a hidden trail camera through them is that you have to be fairly close to the hidden camera. Then most importantly, the angle of the smartphone and the angle of the hidden camera need to be on the same line of sight for it to work effectively. Slowly moving around where you suspect it is kept while observing carefully will make the deal for you.

Networking scanning apps also have the capability to detect hidden trail cameras by checking their Wi-Fi networks. An example of such an app is Fing which can be found on both IOS and Android app stores. However, this does not work for cameras that store their data directly into a memory card or a storage device.

To get the latest and best-performing apps, simply search for ‘camera detecting app’ either on the play store or on any search engine.

We must add that if you can detect a trail camera, then it is not exactly useful since it was designed to be easily concealed and discrete in operation. Manufacturers are aware of this and are giving how easy their cameras blend with the background or environment top consideration. So, understand that the fact that you don’t seem to notice it doesn’t mean that it’s not there.