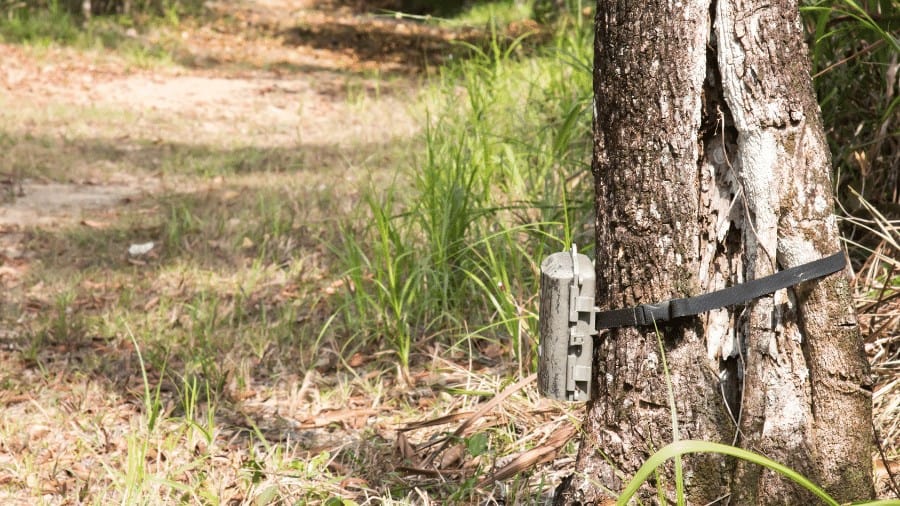 The need for security of lives and property is one of the most important needs for modern living. Different types of cameras have evolved in an attempt to solve this need. Trail cameras are one of such cameras but the big question is, do trail cameras make good security cameras?

Yes, trail cameras make good security cameras! They are designed with features that make them capable of operating remotely and discretely and this capability is necessary for effective security.

They are becoming quite popular and a July 2019 study conducted by Grand View Research says that the global market size for trail cameras which was valued at USD 86.6 million in 2018 will grow further and will have a CAGR of 7.1% between 2019 and 2025. In the rest of this article, we will present you with valuable and interesting information about trail cameras. Let’s begin!

What are trail cameras?

Trail cameras are also known as remote cameras or game cameras, are cameras intentionally placed in areas where the user needs not be present to take a photograph by snapping the camera shutter. These areas include places with limited access or places under surveillance. They can also be used where the photographer merely wants to take simultaneous snapshots of the same moment from different angles.

Interestingly, trail cameras are designed to always appear to be in an electronic sleep, just like a TV on standby. However, despite this appearance of being at sleep, the motion-sensor is fully awake! The motion sensor is a Passive Infra-red (PIR) detector and is similar to the sensors in burglar alarms. When this sensor detects motion, it activates or wakes up the camera.

The camera automatically detects light levels and turns on the flash accordingly. The camera then automatically focuses on the target and determines the best shutter speed. The shutter automatically snaps pictures or records videos of the target which are saved in an SD card and the camera goes back to its sleep.

What the camera can photograph or video or its field of view is usually determined by the type of lens, the type of image-sensor that receives light from the lens, the amount of light available (whether natural light or from the flash), and the time it takes for the camera to automatically detect motion and take a picture/video which is known as the trigger time.

Most modern trail cameras have been designed to be more effective by being able to take colored pictures/videos in the daytime and black and white ones at night. This capability is enhanced by their infra-red flash which differs from the white-light flash that conventional cameras use.

Several brands and models are available in stores today each having special features that try to make them the preferred choice by users. Generally, they are usually durable and weather-proof which makes them great for outdoor use especially for game/animal trailing or hunting. Some even have heat sensors that trigger the snapping of the shutters on sensing the target’s body heat.

Are they good for security in general?

Of course, trail cameras are good for security in general. Their capability of being discretely positioned and their stealth operation make them particularly so. Visible cameras usually do not truly serve as crime or theft deterrents as many criminals will likely change their minds on detecting them. Some hardened ones will go the extra mile of destroying them and doing their business.

Trail cameras are being used in a variety of ways. They can be mounted on mailboxes to capture mail thieves or mounted at gateposts to capture the license plates of drivers trespassing on a property.

The basic principle behind their effective use for security in general remains in their proper concealment. They usually come in subdued colors and some have been known to come in camouflage patterns. Their only part that should be relatively exposed should be the lens and the infra-red LED lights.

Yes, trail cameras are also suitable for home security. Interestingly, the need to monitor what goes on at home occupies the minds of many homeowners and parents. Trail cameras can be used to detect anything from home break-ins, children’s misdemeanors, and pranks, as well as the usual little pilfering.

However, using them for home security demands even more concealment and real-time transmission of recorded information. The best brands adapted to home security will typically be equipped with interfaces that resemble parts of home furniture or fixtures/fittings such as light bulbs or chandelier parts.

Real-time transmission of recorded pictures or videos can be streamed on mobile phones or other hand-held devices so that fast security measures or interventions can be taken. Some brands also have the capacity of transmitting audio signals which is essential for effective home monitoring.

Trail cameras for home security should also have such additional features as being non-glowing (to prevent easy detection); have High Definition (HD) transmission for a clearer image and video quality; and a good motion-sensor range.

What is the best trail camera for security?

The best trailer camera will be able to produce clear images/videos on sensing the target’s motion or even body heat. It will be capable of doing this whether during the day or at night, whether indoors or outdoors; and most importantly, without being easily detected. It must also have enough power and storage space to enable it to work for a reasonable amount of time. It must also offer a competitive trigger response time.

We have explored a collection of the best trail cameras available in Amazon stores and have brought them to you to enable you to see their individual specifications and make a confident and informed choice.

This amazing trail camera is from the Bushnell brand which has enjoyed a fair market share in the trail camera market for some time now. It features two image sensors one of which is optimized for high-quality images during the day and the other for the night.

It has a high contrast quality put at 80ft when dimmed. Its ‘no glow’ feature makes it exceptionally suitable for both wildlife viewing and home security. It features a full HD video capture and its response time is just 0.2 seconds. However, it does not have wireless capability. You can check out Bushnell 30MP Core Trail DS No Glow on Amazon.

Also from the stables of Bushnell, this camera costs lower than the ‘no glow’ version. It is capable of taking three images when triggered with intervals of between a second and 60 minutes. Its sensors have the capacity of spotting targets about 100ft (30m) away.

However, instead of rechargeable lithium batteries or solar power, it is powered by 8 AA batteries though the manufacturers claim these can last for up to 12 months. It is also not wireless capable. You can check out Bushnell 30MP Core Trail DS No Glow on Amazon.

This camera from Spypoint has rated the best trail camera in terms of cellular link-up. It can transmit images over a 4G LTE network on mobile devices through its pre-activated SIM card (there are monthly charges for this service).

It can be powered with either solar, AA batteries, or rechargeable lithium batteries. It also has a ‘low glow’ capability for night use. You can check out Spypoint Link-S Trail Camera on Amazon.

This amazing camera also from the stables of Bushnell stands out for its maximum ruggedness and camouflage design. It also has an exceptionally fast trigger speed of 0.2 seconds and a recovery rate of 0.5 seconds. It has an illuminated 5-way button control panel for night operation.

It can detect targets 100ft (30m) away, has commendable color contrast, and is powered by 8 AA batteries. It, however, does not have wireless capabilities. You can check out Bushnell Trophy Camera Aggressor 24MP Low-Glow on Amazon.

The Spypoint Force-20 is a low budget, ‘low glow’ trail camera. Its robotic design intrigues users and enhances its ruggedness. Its motion sensors can detect targets up to 80ft away and is powered by 8 AA batteries. Its video quality is not Full HD and it boasts of additional flexibility through its time-lapse recording mode. You can check out the Spypoint Force-20 Trail Camera on Amazon.

This trail camera has an amazing performance. It is a ‘no glow’ device and has the capacity of producing HD videos and 180 seconds of audio. Its trigger response time is put at 0.5 seconds. Its motion sensors can detect targets up to 100ft away and it has blur reduction capability. It has an external power jack using a 12v battery and can also be powered by 8 AA batteries. You can check out the Stealth Cam G42NG on Amazon.

The most outstanding feature of this camera is found in its name. It is the world’s first 4K video resolution trail camera. It has a robotic design that enhances its ruggedness. The motion-sensor can detect targets up to 100ft away. Trigger response time is put at 0.4 seconds.

It is powered by 12 AA batteries which, however, add to its bulk. It features a Burst Mode which enables it to capture between 1 and 9 images sequentially. You can check out the Stealth Cam DS4K on Amazon.