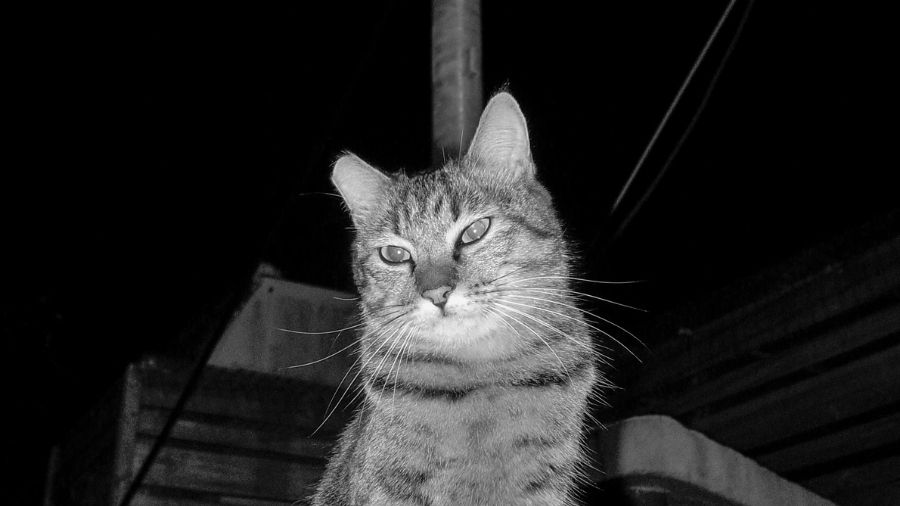 It can be a bit disconcerting when you see a trail camera flash in the middle of the night. But don’t worry, it’s not actually going to scare away all of the wildlife!

In most cases, cameras will only activate if they detect movement. If you do see a trail camera flash at night, try to avoid making any sudden movements and keep as quiet as possible. You can also cover up the light with something like black electrical tape.

How do trail cameras flash at night?

Trail cameras flash when they detect movement nearby. Most models will only flash if they’re between 1 and 20 feet away from the subject. The picture above was taken in pitch black darkness, yet we can clearly see that this deer is very close to the camera! Trail cameras also use infrared technology to capture images in the dark.

How do trail cameras detect movement?

Most of the time, trail cameras are triggered by infrared beams or passive infrared sensors. These work similarly to a household motion sensor – they simply detect any heat nearby.

Beams are typically used in open areas where there is very little cover for animals to hide beneath. Passive infrared sensors use more sophisticated technology that can detect heat through things like vegetation and tree branches.

What types of movement trigger the camera?

The most common type of movement includes anything larger than your average squirrel or bird passing by the lens of your camera. Trail cameras will also capture animals crossing in front of the lens without coming too close to it, so if you’ve ever seen an animal on your trail cam but not in the picture itself, this is probably why!

The most advanced units can also detect body heat and even some types of infrared radiation, so if you’re dealing with some more elusive game like cats or red foxes, you might have a little more luck.

How do I know when my camera is flashing?

The majority of modern trail cameras will not only indicate that they’ve taken a picture on their display screen but will also flash the LED near the lens. Some models actually include multiple flashes while others use just one to signify that there has been movement detected nearby.

If your camera doesn’t have an automatic night mode then you may have to manually set it at nighttime to take pictures whenever/wherever there is motion close by.

Do all trail cameras flash night?

Not all trail cameras flash at night, but the majority of them do. Most of these cameras come equipped with infrared technology so they can capture images in low light conditions. There are some models that will only flash when you’re really close to the subject and others that flash no matter what distance you’re at.

What kind of camera flashes night?

The two most common types of trail cameras that use infrared technology to take pictures at night or in low light conditions include:

The models listed above are just a few examples, but there are many different kinds on the market today that have different features and abilities. The best thing to do is read reviews before making your final purchase as well as do some research on the camera’s automatic night mode to see what it does.

How many times will a trail camera flash per picture?

Most of the time, outdoor cameras that have night modes will only flash once when they detect motion nearby or in front of the lens. Some more advanced models include a series of flashes that correspond with their signal reception strength and distance from the subject.

If you’re interested in learning more about this just Google your specific model and “number of flashes per picture” or something similar!

What is infrared technology?

Infrared technology is just another way that trail cameras can capture images in low light conditions. Most outdoor game cameras will only use infrared emitters when the flash mode has been enabled, but there are also some models that exclusively use passive infrared sensors. Just like our eyes, these devices detect heat and turn it into light energy so animals can be identified in pitch black darkness.

What is automatic night mode?

Automatic nighttime modes allow you to set your camera up for certain times of day. During daylight hours, your camera simply ignores motion because it’s so easy for animals to move around without being detected by the lens. At dusk or dawn however, any motion at all will cause a picture to be because the lighting conditions have gotten slightly more difficult. Since trail cameras are set to take 1-3 pictures per triggering event, this also reduces the number of false alarms during daytime hours!

Trail camera flashes at night: how to prevent them

Okay, so we know that trail cameras will flash whenever they take a picture at night. What can you do to prevent your trail cam from drawing attention to itself and scaring off all the animals in the area?

Here are some tips for reducing or eliminating nighttime “flash” alerts:

Turn down your sensitivity level

The first thing you should do if you’re experiencing inappropriate nighttime photographs is turn down the sensitivity level. If it’s too high then your camera may start taking pictures even when there’s no movement nearby, but if it’s too low then you’ll get nothing but useless blanks where nothing was ever detected.

Try this for a few days and see how many pictures you’re getting. If there’s too much movement then turn it down some more, but if you’re getting nothing but false alarms during the day then bring the sensitivity level back up.

Set your camera to take more than 1 picture per trigger

As mentioned above, most game cameras will only take 1-3 pictures for every motion that is detected. This is a great feature because it helps prevent “overkill” by reducing the number of pictures taken when nothing happens nearby. However, if you want to stop night time flash completely just set your camera to “burst mode” which means it will take as many pictures as possible as soon as something moves in front of the lens.

This should be done in combination with a lower sensitivity level so you don’t get a bunch of useless shots.

Mount the unit higher up on a tree

If your camera is too low to the ground then it will be more likely to detect motion from things like insects, small animals and windy weather that wouldn’t normally trigger an alert. You can also try using sturdier mount points such as branches or clips instead of putting it right on top of the tree because this will make everything look smaller and less suspicious.

We’ve already talked about this one, but if you put reflective tape or paint on your game cam then animals won’t see any red lights nearby and they’ll be less likely to spook when they come up to check out the area.

Also remember that animals at night only perceive things as bright as they are, so any added light will be too blinding for them if it’s not necessary.

Lowering your sensitivity level and using burst mode instead of single shots during nighttime hours may fix this problem all on its own!

Turn down your flash intensity

Unfortunately you can’t completely disable a trail camera’s flash at night, but you can lower the brightness of that brief “lightning strike” of a picture by turning down your flash intensity. This setting is usually controlled by a switch or dial near the battery compartment of your unit, and it should allow you to get pictures without scaring everything away from miles around!

Turn off the flash function

If you don’t care about getting pictures at night then this option is going to be your best bet. Just switch off the flash function and your unit will operate exclusively in “Infrared” mode, which means it’ll take clear pictures during daylight hours but absolutely nothing after dark.

This one isn’t a good choice if you’re looking for a little more versatility from your camera but if stealth is what you need then it’s probably the only way to get the job done!

In conclusion: Trail cameras are an awesome resource for hunters everywhere but if they start creating problems of their own then there are plenty of ways to get things back under control! These tips should help prevent trail camera-related accidents so that everything can stay safe and secure no matter where the camera is set up.